As part of our 135th celebrations, we are shining the spotlight on some of our fantastic alumnae from scientists and writers to business leaders and artists. The success of these women puts into practice that there really are no limits to what Shrewsbury High School girl can achieve. 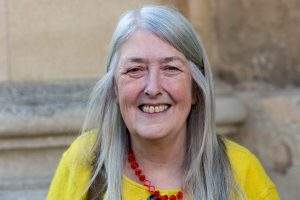 Professor Mary Beard is an English scholar and classicist. Professor Beard has been described by Paul Laity of the Guardian as “Britain’s best-known classicist”. At eighteen Beard sat entrance exams and attended an interview for Cambridge University. Beard won a place at Newnham College.

Between 1979 and 1983, Beard lectured in Classics at King’s College, London; she returned to Cambridge in 1984 as a Fellow of Newnham College and the only female lecturer in the Classics faculty.

Professor Beard is a Sunday Times Bestseller who has written 18 books, many of which are about classics. Examples include, ‘Confronting the Classics: Traditions, Adventures and Innovations’ and ‘SPQR: A History of Ancient Rome’. Mary also writes a blog, A Don’s Life, about her work, current affairs and offers advice to others on topics like the Extended Project Qualification.

Professor Beard has presented TV programmes from ‘Pompeii: Life and Death in a Roman Town’ and is also regular contributor to the BBC Radio 4 series, A Point of View. 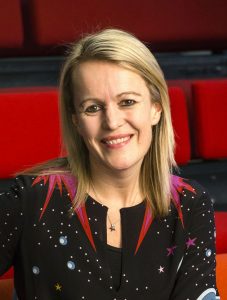 Kate Phillips is Head of entertainment at the BBC. She is responsible for the entertainment strategy and output of BBC One, BBC Two, and all digital entertainment including BBC Three and BBC Four.

She commissions more than 500 hours of original programmes a year, including shows such as Strictly Come Dancing, Let It Shine, The Apprentice, Top Gear, The Graham Norton Show, MasterChef, Dragons’ Den, Comic Relief and the Bafta Film Awards.

The dynamism, enthusiasm, talent and humour which marked her out early in her career, and led her to attaining such a senior role at the BBC, are the qualities she brings to inspiring others to believe in themselves and to achieve whatever they set their sights on. Kate was our guest speaker for our Speech Day in 2017. She gave 10 wonderful pieces of advice to the students about both school life and entering the world of work. 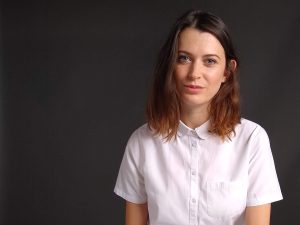 Amy Williams is the Founder and CEO of Good-Loop, the ethical marketing company.

At the age of 15, Amy Williams went to do work experience at an advertising agency and was inspired by the way that the team worked together to solve complex business problems. Fast forward to today and she is the founder and CEO of the ethical marketing company Good-Loop.

Amy left Shrewsbury High School in 2010 with 11 GCSE’s and 4 A’s at A-level to continue her studies at the University of Warwick where she achieved a first class honours degree in Psychology.
6 years after her first work experience placement, Amy graduated and emerged into the world of marketing and advertisement. Amy worked for Oglivy as part of a graduate programme after doing an internship there. During that time, she worked for British Airways managing campaigns across the UK and Ireland, Europe, Africa, the Middle East and Asia Pacific.

But she didn’t stop there. Amy noticed that the more she learnt about the industry, the more she started to feel that the brands were disconnected from the customers. She sensed that it was time for a positive solution. So, alongside her Co-founder, Daniel Winterstien, she launched Good-Loop. Good-Loop aims to connect people, brands and good causes in more meaningful and effective ways. They turn advertising money into charitable donations. The company is partnered with charities like Water Aid and Save the Children. After only a few months, they received backing from the biggest adtech start up accelerator in London and gained investment from a whole host of specialised and connected investors. Amy hopes to continue to drive Good-Loop forward and make online advertising more effective, more rewarding and more ethical.

Amy has also been named as one of Forbes 30 under 30 as well as being one of the UN Women’s 100 Leading Global Female innovators. Amy spoke at our Speech Day in 2019 where she talked about the importance of being resilient which is a trait she had to develop whilst trying to set up Good-Loop. She told everyone that you shouldn’t let rejections stop you from achieving your goals – Amy certainly didn’t and look where she is now. 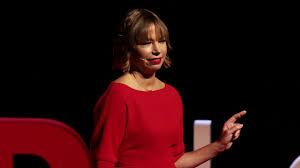 When it comes to people working in aerospace, women were traditionally hidden figures but things are changing! Dr Alice Bunn is the International Director at the UK Space Agency.

Dr Bunn is part of our Alumnae and studied at the High School until Sixth Form. Dr Bunn studied Metallurgy at the University of Leeds, graduating in 1995. She spent a year abroad in Tampere at the University of Finland before obtaining her PhD in 1998 from the University of Cambridge. After university, Bunn joined London Science Museum as a Researcher and helped to develop exhibitions.

Dr Bunn was one of 10 women to win Marie Claire’s Women At The Top Award. Dr Alice Bunn joked as she collected her award, ‘In a room full of testosterone, you need a bit of oestrogen’. What is really exciting is that Bunn is an advocate for getting women into STEM subjects and into careers like aerospace. She has said: “Women are under-represented in aerospace, so it gives me great pleasure for the UK Space Agency to lead by example in working towards achieving gender balance.” 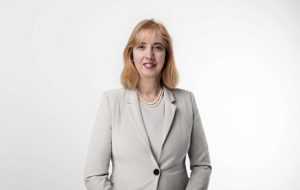 Dr Carol Homden is the Chief Executive at Coram which was established in 1739 as the first dedicated children’s charity. Carol is also chair of the National Autistic Society and was awarded CBE in the Queen’s Birthday Honours of 2013 for all of her amazing work for children and their families.

After finishing at Shrewsbury High School, Carol studied English Literature at the University of East Anglia, after that, Carol did a doctorate in Contemporary British Drama. After graduating, Carol was the director of Marketing and Development at the University of Westminster. Carol then became the Director of Marketing and Public Affairs at The British Museum between 1999 and 2003 where she was responsible for all public facing for one of the leading visitor attractions in the world before starting her work for Coram. 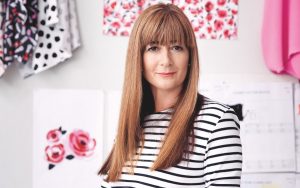 Deborah Lloyd was the Chief creative officer at Kate Spade. Which means she was responsible for overseeing design, store design, and creative marketing. Deborah turned joined the company in 2007 and made it the iconic brand that it is today. Deborah Lloyd was a High School girl. Whilst at school, she started her first job selling jeans at Jean Genie.

After leaving the High School, Deborah went to Ravensbourne College of Design and Communication, London, followed by the Royal College of Art. In 1988, Deborah got her first graduate job as the first assistant at Byblos. She worked her way up working for different brands including a time as vice president for women’s design at Burberry.
Deborah is also known for her role on The Fashion Fund, during which she served as the Chief Creative Officer for Kate Spade. Founded by the legendary Anna Wintour, The Fashion Fund is a documentary-style TV show featuring behind-the-scenes action from the Council of Fashion Designers of America and the Vogue Competition for young designers.

Her advice for the current girls is to be tenacious. To stand out from the crowd and have a point of view. To always do your homework before meeting people. To have pride in your work – if something is worth doing, do it to the very best of your ability. To always be gracious. And smile, it will get you so much further!

Any cookies that may not be particularly necessary for the website to function and is used specifically to collect user personal data via analytics, ads, other embedded contents are termed as non-necessary cookies. It is mandatory to procure user consent prior to running these cookies on your website.